JOIN me travelling in the footsteps of Rudyard Kipling taking in some of India’s most historic cities, the breathtaking vistas of the Himalayan foothills and the remote jungles of central India. On the 150th anniversary of Kipling’s birth, Travel on Q, in association with Inspiration India, is offering for the first time its “Kipling’s India” small group tour.
Scheduled for late 2016, I'll be leading this exclusive 12-day day tour that includes the art and architecture of India’s vibrant commercial capital Mumbai Kipling’s birthplace, the historic enclaves of old Delhi, the imperial grandeur of Simla, tiger safaris through the jungles of central India and an exploration of the crumbling colonial splendor of Kolkata.
Travel on Q is a small group travel specialist which has been in operation for over 20 years. For more details on this forthcoming tour contact them by email – travel@travelonQ.com.au or by phone – +612 9357- 6800. Details of this extraordinary tour will be online shortly. Visit www.travelonQ.com.au and click on the small group tours tab.

Northeast India  is one of the last remaining frontiers of Asia to be opened up to tourism. Travel on Q is proud to offer discerning travellers a 14-day tour that takes in the best the region has to offer — a rich mixture of wildlife, unique tribal cultures, Hindu festivals, traditional crafts and extraordinary mountain and river scenery.
We begin in Guwahati, spectacularly located on the Brahmaputra River and the site of one of India’s holiest Siva temples. We then venture deep into the interior of mountainous and remote Arunachal Pradesh state taking in the extraordinarily beautiful Apa Tani plateau with its rice terraces and densely clustered villages of bamboo and timber.
We explore the ruins of the ancient Ahom kingdoms, soak up the Raj-era atmosphere of tea planters bungalows, watch silk weavers at work. We wander around the Hindu monasteries of Majuli, the largest riverine island in the world to participate in the Raas festival, and visit the graves of servicemen who died defending India from the Japanese advance in World War II.  And we trek through India’s largest and most bio-diverse national park — Namdapha, which is nestled near the borders of Burma and Tibet. 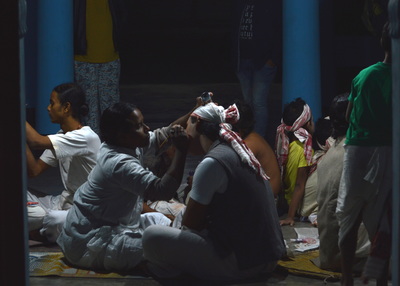 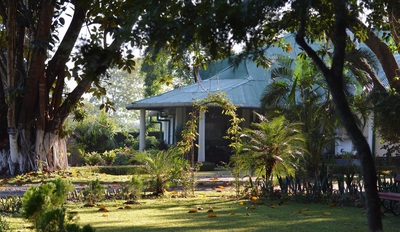